Montecosaro is situated on a hill overlooking the valley of the river Chienti and looks like a small castle facing the sky. Its historic centre is still protected by the fourteenth-century walls.

To visit:
the nineteenth-century Teatro delle Logge,
Palazzo Cesarini,
the Collegiate Church of San Lorenzo, featuring its original Romanesque bell tower,
the Augustinian Complex, including the Church of Sant'Agostino, built around the middle of the thirteenth century,
the Town Hall, former monastery of the Augustinians.

The most remarkable artistic attraction - however -  is the church of Santa Maria a piè di Chienti, in the near-by village of Montecosaro Scalo. This 9th-century double-decker church is undoubtly the finest piece of Romanesque architecture in the region Marche. The 14th century frescoes in the apse above the upper altar are powerful in their striking contrast with the simple brick interior. Noteworthy are also the three side chapels built into the semi-circular apse of the lower church, which are among the few surviving examples of their kind in Italy. 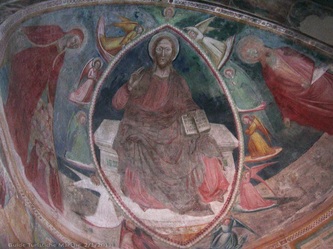 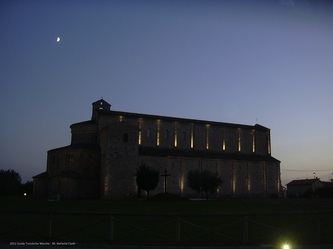 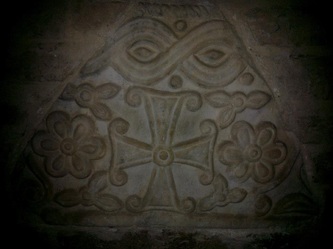